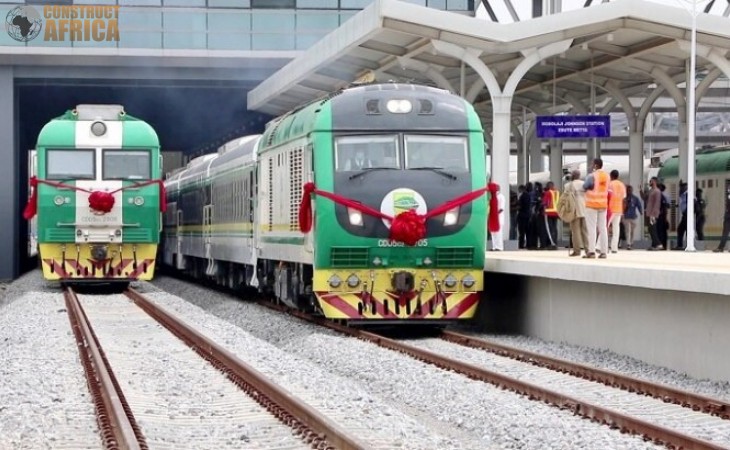 The scope of the contract involves the rehabilitation and reconstruction of Nigeria's Eastern railway network spanning from the country’s second largest port, Port Harcourt, in the south east to Maiduguri in the north eastern state of Borno.

This Eastern railway network passes through 12 states and connects many important cities within the eastern region. The project scope will also involve the construction of additional branch tracks.

The contract for the eastern railway was awarded to CCECC in April 2021. The value of the contract awarded is estimated to be US$3.02 billion.

In a recent statement in November 2021, Mr. Vincent Liu, CCECC’s General Manager for Corporate Culture, said “In the last five years, CCECC Nigeria has completed and handed over four major railway projects to add to the transport infrastructure of the country. They include the Abuja Metro of about 37km, the 186km Abuja-Kaduna railway, the Ajaokuta-Itakpe-Warri 326km railway project and lastly the Lagos-Ibadan project of 156km, with an extension of another 7km."

On Sep. 29, history was made as the 326KM Itakpe-Ajaokuta-Warri rail line was inaugurated by Nigerian President Muhammadu Buhari for commercial operation. Today, let’s ride the rail line and explore the behind-the-scenes stories from its construction to official operation. pic.twitter.com/LFp2SK6tG7

Another railway project that will establish Nigeria as an export hub and boost commerce in the West Africa region is the 283km line connecting Nigeria and Niger. In February 2021, Mota-Engil, a Portuguese construction company, began working on the 1.8bn railway track to link Nigeria and Niger. The contract with Mota-Engil to construct the 283km line connecting the northern Nigerian city of Kano with Maradi, Niger, was concluded earlier this year. The groundbreaking ceremony of this project was held at the site of a proposed station in Katsina’s Makira. This railway line will also cover cities like Danbatta, Kazaure, Daura, Mashi, Katsina, and Jibiya in Nigeria.

Nigeria's proposed railway network is planned to have five horizontal and three vertical railways. This will allow it to facilitate industrial development and boost commercial activities.