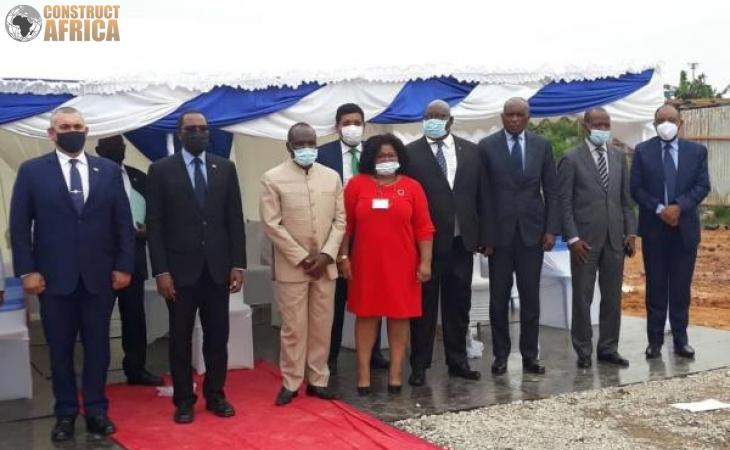 The new filling station was constructed by Equatoguinean company, Alammarin For Construction SL, and has a storage capacity of 100,000 litres of fuel and 300 tanks of 12.5kg of butane gas. It is located in Malabo II.

The launch of Tradex’s flagship filling station in the country signals its entrance into Equatorial Guinea’s petroleum products market and, forms part of its three-year expansion plan, launched in 2019, to invest approximately $25 million in Equatorial Guinea through building a network of 10 service stations.

In line with the objectives set by AfCTA, the collaboration between Equatorial Guinea and Cameroon in this way highlights the substance of regional integration and the exciting prospect of local strategic solutions to local challenges and, is a prime example of the efficacy of local resource allocation.

H.E. Gabriel Mbaga Obiang Lima, Equatorial Guinea’s Minister of Mines and Hydrocarbons officially inaugurated the new service station after nine months of construction work. “This project comes to remedy the stock break of the refined product that has proven to be a challenge for our country,” said H.E. Gabriel Mbaga Obiang Lima. “At the same time, we hope the goals set in our partnership with Tradex can be considered as a reflection of the government’s dedication to increasing the number of investors in the country and encouraging subregional integration,” he added.

Also breaking ground on the company's second services station, Tradex’s Managing Director, Mr. Bassalang George shared details on the company’s near-term expansion plan which is driven by the goal to ensure a permanent supply of refined petroleum products to Equatorial Guinea. Specifically, he said the company intends to complete construction on five more locations by the end of 2021.

“We are excited to see the launch of Tradex’s first filling station in Malabo,” said Leoncio Amada Nze, President of the CEMAC Region for the African Energy Chamber. “This marks the first of many to come. We are glad that Equatorial Guinea was able to see this launch just after nine months since the first brick was laid. We are equally excited to see the commencement of construction on the second gas station which will be located in the Ela Nguema district,” he added.