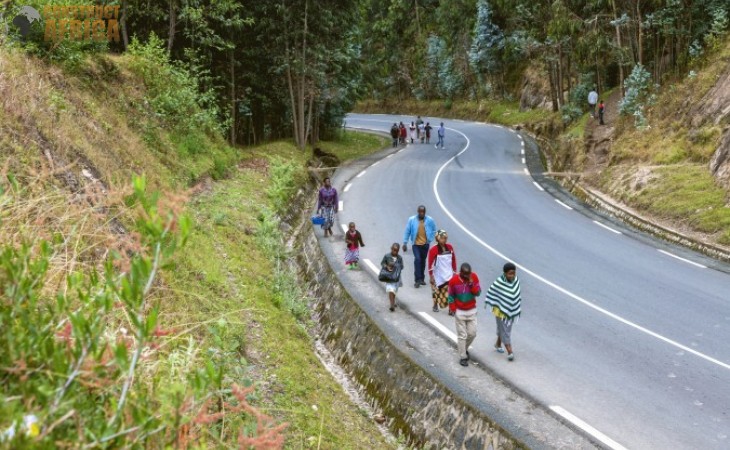 The 63-kilometre road will connect Rulindo and Burera districts and boost economic growth.

Construction works on the US$66.6 million Base-Butaro-Kidaho Road project will begin soon. This was confirmed by Emile Patrick Baganizi, the Deputy Director General of Rwanda Transport Development Agency (RTDA).

An agreement for the funding of the road project was signed in 2018, but the project stalled for four years because of disagreements with financiers and other constraints. One of the main areas of disagreement was a condition imposed by the previous financier to source almost all construction materials like sand and cement from outside the country, although the same was readily available locally.

The Government of Rwanda has picked another financier for the project. Several site visits have been conducted at the Base-Butaro-Kidaho road project location to check the progress in preparation for construction of the road. This road is one of many planned in different provinces of the country.

"There is a road Nyagatare-Rukomo-Gicumbi-Base which will ease transport from East to Northern and Western provinces. The other one being constructed starts from Ngoma district through Bugesera district to Nyanze district. The other one is Huye-Kibeho-Kanyaru, among others," Baganizi said.

The Base-Butaro-Kidaho road development project aligns with the 10-year Rwanda Transport Master Plan adopted in 2022. The RTDA will implement the single carriage road, and plans to complete it within two and a half years.

The road is located in the Northern Province, and will connect the districts of Rulindo and Burera. On completion, it will boost tourism activities in the region and contribute to economic growth by connecting critical areas of Burera, Ruhondo lakes, and key infrastructure like the University of Global Health Equity and the cancer referral hospital in Butaro. It will also link Rwanda to Uganda through the Cyanika border.