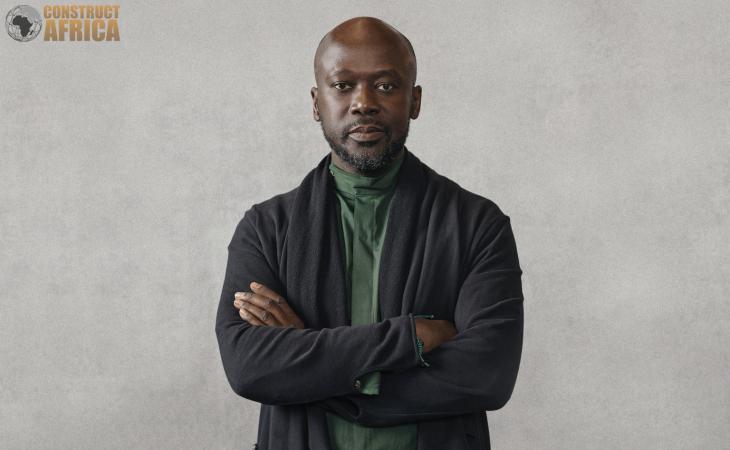 Ghanaian-British architect Sir David Adjaye has won the Royal Institute of British Architects (RIBA) royal gold medal for 2021. This is the first time that the medal will be awarded to an architect of African descent in its 173 year history.

The Royal Gold Medal is one of the world’s highest honors for architecture, and is given as a recognition of a lifetime's work, “to a person or group of people who have had a significant influence either directly or indirectly on the advancement of architecture".

The son of a Ghanaian diplomat, Sir David Adjaye was born in Tanzania, and attended international schools in Dar es Salaam, Kampala, Nairobi, Cairo, Beirut, Accra, and Jeddah before he moved to London at the age of 11.

In an interview with The Observer newspaper in 2014, Adjaye stated "I use the continent of Africa  as a background. but I also grew up in London. ... I'm just not always looking at the usual references."

He has designed many iconic buildings around the world, including the National Museum of African American History and Culture in Washington, DC, the Nobel Peace Centre in Oslo, Denmark, the George Street Plaza Building in Sydney, Australia, and the Abrahamic Family House in Abu Dhabi, UAE.

His work also includes notable projects in Africa such as:

On 14 September 2020, The Africa Institute in Sharjah, United Arab Emirates, announced that it has commissioned Adjaye Associates to design its new campus in downtown Sharjah. The Africa Institute is an academic institution dedicated to advanced study, research, and documentation of Africa and the African diaspora in the Arab world.

David Adjaye trained at London Southbank University where he graduated with a BA in Architecture in 1990. As a student, he won the RIBA Bronze Medal for the best design project produced at BA level worldwide. He also attended the Royal College of Art where he graduated with an MA in 1993. He set up his practice, Adjaye Associates, in 2000 - with design studios in London, New York and Accra.

Adjaye received an OBE in 2007 and was knighted in 2017 for services to architecture.

Commenting on the gold medal award, the RIBA President Alan Jones said "It was my absolute pleasure and honor to chair the committee and be involved in selecting Sir David Adjaye as the 2021 Royal Gold Medallist. At every scale, from private homes to major arts centers, one senses David Adjaye’s careful consideration of the creative and enriching power of architecture. His work is local and specific, and at the same time global and inclusive. Blending history, art and science he creates highly crafted and engaging environments that balance contrasting themes and inspire us all."

The gold medal citation states "Adjaye's work is is contradictory and coherent, contrasting and courageous, setting up and balancing elegance and grit, weightlessness and weight, dark and light."

Reacting to the award, Adjaye stated "It’s incredibly humbling and a great honor to have my peers recognize the work I have developed with my team and its contribution to the field over the past 25 years. Architecture, for me, has always been about the creation of beauty to edify all peoples around the world equally and to contribute to the evolution of the craft. The social impact of this discipline has been and will continue to be the guiding force in the experimentation that informs my practice. A heartfelt and sincere moment of gratitude and thanks to all the people who supported the journey to get to this moment."