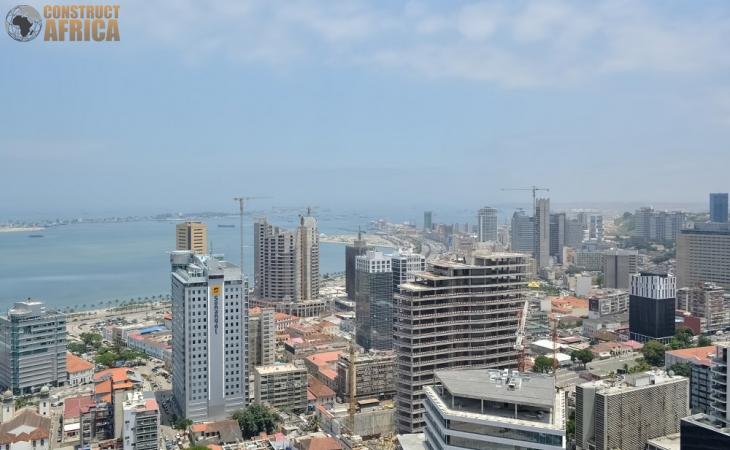 The current cement production capacity stands at 8.5 million tons per year with the country needing only 2.5 million per year for domestic consumption.

This information was made public by Paul Aug the CEO of the country’s Association of Cement Industries (AICA). Paul was speaking at a meeting where the Minister of Industry and Commerce, Victor Fernandes was present. The meeting was set up to address issues affecting the operation of cement companies in the country.

The AICA consists of the five cement companies in the country which are responsible for the country’s total cement production. At the moment, these companies have exported their cement to Gabon and São Tomé and Príncipe.

The meeting with the minister was set up to address some of the issues that hinder the normal operation of these cement companies. Also, it was meant to put in place strategies to improve the business environment.

Paul explained that the five cement companies employ approximately a total of 4,500 directly, and another 9,000 indirectly. However, at this point, it’s a struggle to purchase supplies needed and maintain the equipment because of the difficulty in acquiring foreign exchange.

From the 8.5 million tons per year being produced, the country can export the remaining 6 million tons internationally. Paul noted that this move depends mainly on the competitiveness and price conditions in the international market. However, he felt that there’s no increase in the price of cement because the price changes depending on the variation of inputs into the market.

"In dollarization, cement did not increase. Contrary, it fell by half its original price in 2015, from US$ 130 a ton to US$ 60 today", Paul said. This is part of why he asked the government to help in reducing custom tariffs to aid the expansion of the cement export business to other countries.

Victor concurred that indeed the production capacity of the five cement companies is huge and therefore, the exportation of the surplus is warranted. He also noted that the grievances presented by the AICA will be solved as they also involve other ministerial departments.

The Minister of Industry and Commerce explained that Angola is in a market economy and the government does not impose restrictions on any company that wants to invest. However, the goal of protecting national production is always a priority.

Photo: Aerial view of downtown Luanda, Angola, with buildings under construction and construction cranes in the background (Nuno Almeida | Dreamstime)