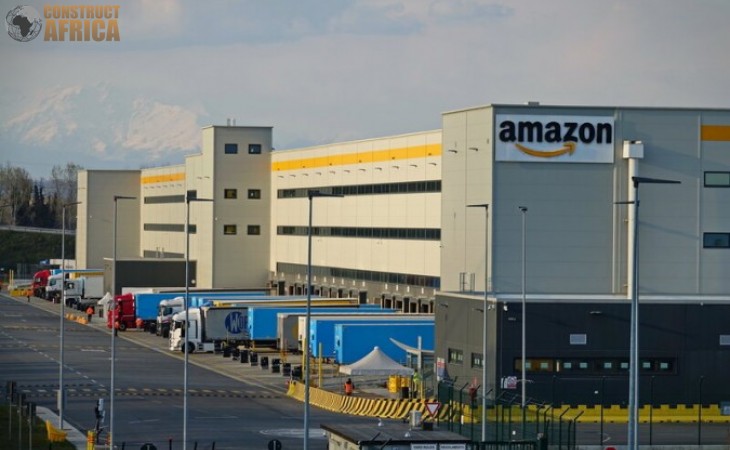 In April this year, Amazon announced plans to set up its Africa headquarters in Cape Town, South Africa.

The US retail giant is investing over 4 billion rands ($280m) in the construction of its Africa Headquarters precinct, known as the River Club development.

The development will include residential buildings as well as Amazon's new office building, and will reside on 150,000 square meters of land located on the outskirts of Cape Town’s city center. 31,900 square metres will be used for residential purposes, out of which 20% of the residential floor space will be allocated for affordable housing opportunities.

The Amazon mixed-use development will include a hotel, retail offices, and residential units - comprising:

The development will also include restaurants, conferencing, school and events space.

The project will be implemented in phases over a three to five-year period.

Amazon’s history in South Africa dates back to 2004. The customer service unit has been operating since 2010. This project is expected to create 5,239 jobs during the construction phase and up to 19,000 indirect jobs for the local people.

Whilst some groups have welcomed the prospect of new jobs that the new project promises, the project has also faced a backlash from some community leaders, environmentalists, and activists. In particular, there has been opposition to the project by people from the Khoi and San indigenous groups who claim that the site of the proposed development is at the location of a battle that was fought between the Khoi and the Portuguese in the year 1510.

Speaking to the Wall Street Journal, Tauriq Jenkins of the Goringhaicona Khoena Council, a Khoi traditional group opposed to the project, said, "This is where land was first stolen. We want a World Heritage Site. We do not want 150,000 tonnes of concrete."

The land on which the headquarters development is being undertaken was previously home to a golf driving range and a popular bar, with a small blue plaque indicating the historical significance of the location.

The City of Cape Town has granted approval for the construction of the mega-development housing Amazon’s new Africa headquarters. In a statement, Cape Town City mayor Dan Plato said “The city has carefully and thoroughly considered all of the submissions and concerns during the appeal process. We are acutely aware of the need to balance investment and job creation, along with heritage and planning considerations."

The City of Cape town also stated that “To commemorate the heritage significance of the site, the developer would also incorporate the following features:

Over the last decade, Amazon has boosted its customer service capacity center within the country. In 2020, the retail giant announced that it would hire an additional 3,000 people in South Africa. This would almost double the local staff to a whopping 7,000.

This increase was meant to provide 24-hour support to its customers in North America and Europe. Amazon has also increased its local listings over the years. In 2019, Amazon Web Services (AWS) in South Africa only had 50 jobs listed.

In 2020, this number went up to 118 opportunities in the web service division and 38 in customer service, human resources, corporate development, and Kindle content. Approximately 80% of these jobs are in Amazon Web Services (AWS).

Positions in the AWS require a Bachelor’s Degree in either information technology or information science, engineering science, computer scient, or any other related field. Equivalent experience in a technical position is a minimum requirement.

The retail giant also offers internship programs for students and recent graduates within these fields. Amazon has over 300 million customers around the world, and 200 million paid prime members. The company offers its services to over 200 countries, but its eCommerce services are not available within the African continent. Some people have expressed the hope that this project means that the retail giant is rethinking its eCommerce play in Africa.