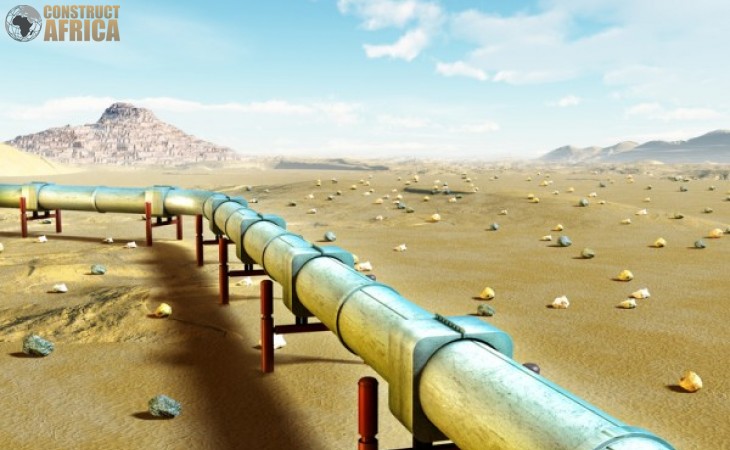 The US$13 billion project will start from Nigeria through Niger to Algeria and connect to gas-starved Europe.

Mohamed Arkab, Algeria’s Minister for Energy and Mines, announced the signing of a memorandum of understanding (MoU) between Algeria, Nigeria, and Niger for a natural gas pipeline across the Sahara Desert. The MOU was signed on 18 July 2022 in Algiers, the capital city of Algeria.

The three countries are in talks to devise a solution to implement the project as quickly as possible.

The project is estimated to cost US$13 billion. No indication has been given of the timeline for starting and finishing the project.

The Trans-Saharan gas pipeline is a 4,128-kilometre pipeline. Of this, 1,037 kilometres fall in Nigeria, 841 kilometres in Niger, and 2,310 kilometres in Algeria. The pipeline will extract gas from Warri, Nigeria and travel north through Niger, and end in Hassi R'Mel, Algeria. Along the way, it will also supply regions of the Sahel countries.

The endpoint in Algeria will also connect to existing gas pipelines in Europe which is currently facing natural gas shortages due to supply disruptions caused by the Russia-Ukraine war. Approximately 30 billion cubic metres of gas would be sent to Europe annually through the Trans-Saharan gas pipeline.

The project was originally slated to start in 2009 and end in 2015. However, it stalled because of various reasons, particularly concerning security. EU pressure to ramp up African natural gas production to make up for supply distortions caused by the Russia-Ukraine war has recently revived it.

“It shows that Africa is trying as much as possible to position itself to possibly see how well they can help Europe cover the energy demand issues. Beyond this, this particular project will mean a lot for the three African countries involved, the benefits to local economies,” Emmanuel Afiami, Abuja-based energy expert, said.

Timipre Sylva, the Nigerian Minister of State for Petroleum Resources, said project funding would come from Europe. Talks have already begun between local authorities and European firms and countries. He said a committee had been set up to conduct feasibility studies for the project.

#Niger, #Nigeria and Algeria have signed the ‘Declaration of Niamey’ during ECOMOF 2022 this week that will see the resumption of the multi-billion-dollar Trans-Saharan Gas Pipeline project that runs through the countries. https://t.co/taAZAzoe4X pic.twitter.com/mFoBHCG5I0