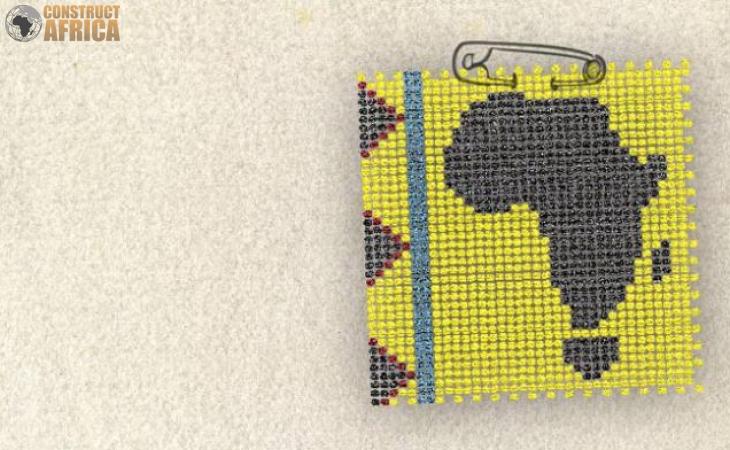 "The rise of the digital age is the key to unlocking Africa's potential and redefining its future. Now is the time to be reimagining and creating the future Africa with engineering supporting this growth." - Gabrielle Wojtowitz.

This glimpse of the future was crafted by: Salona Naidoo and Gabi Wojtowitz.

It’s the year 2050. The sun bleeds red across the African sky and then plunges the little town into darkness all too soon. A mother and child sit at the kitchen table to work through the homework of the day. They swipe through online worksheets and watch a tutorial for supplementary learning – all part of government’s recent and highly successful campaign to provide ‘outstanding education for all’.

Further in the distance, a high-speed train with high-speed internet is whizzing past. The city streets that its commuter passengers walked on today, once derelict and dangerous, are now safe and interconnected corridors thriving with healthy nightlife and culture. In the morning, industry leaders and politicians from different nations will meet to strategise and co-craft policy to shape the new Africa – an amalgamation of 54 countries operating in one unique, self-sustaining rhythm.

Welcome to the future, where a continent once cast in darkness has come into the light. The world’s second largest landmass now stands as a formidable force at the global table – digitally masterful, economically stable and culturally united.

Over the past decade, African nations have learned to work together, unleashing their best resources for the betterment of an ideal now realised – a continent of shared power and shared responsibility. The rise of a digital and globally-connected generation has pioneered an intellectual movement, a rebirth of thought and ideals aspiring for a better quality of life. Governance and leadership is now held to account through truly transparent forms of democracy, and economies are thriving through renewable energies, local manufacturing and the free flow of trade across African borders.

And at the centre of the growth support is engineering. A synthesis of multidisciplinary knowledge and skills, 21st century engineering has emerged as an industry redefined and poised to take Africa forward. Trained to see a fragmenting world as opportunity for reinvention, engineers have become pivotal to the creative process – trusted advisors to government and other industries.

Can you imagine it? What if this was the Africa in the waiting? The world’s next best story waiting to be told? How would that change our personal narrative over the developing world? In so many ways, Africa has been a blank slate waiting to be written on. And its best version of itself is waiting to emerge – a story that will be told from the inside out.

Half a century ago, the Africa of today was inconceivable. Its nations were plagued by the post-colonial residue of poverty, rapid urbanisation, violent conflict, political fragmentation, gender inequality, food insecurity, and foreign economic dependence. But with the rise of the digital age came a shift in the global balance of power.

Suddenly, the world as we know it was rocked off its status quo kilter. Digital disruption swept through markets with tsunami force, altering the geopolitical landscape and bringing traditional foreign investment streams to a trickle. Suddenly, Africa had no choice but to look inward for their solutions; and what they found over time was extraordinary. So much of what they needed was already there; it just required a new creative climate to unlock the unimaginable.

An alliance of countries was formed under the umbrella of an African Union, designed to promote inclusion, eliminate discrimination, break down border barriers, and encourage technological and scientific developments. With shallow roots in 20th century technologies, Africa was able to leapfrog its way into the future, bypassing some of the pitfalls that more developed nations with sophisticated infrastructure faced. Phones could now act as banks for millions of sub-Saharan Africans. Farmers were empowered through big data to meet climate change demands and address the inequality of food supply. Renewable energy was harvested to supply more than half of Africa’s energy needs; solar energy a public resource purchasable now by phone.

Of course, this kind of renaissance required new foreign investment streams. But the heart of this rebirth grew in the African soil. Digital connectivity started to unlock a lateral perspective of thinking, with conversations cross-pollinating economics, art, science and engineering. Technology opened up global classrooms, bringing with it new learning and conversations to steer collaborative solutions.

Engineers began to feel like discoverers again. The top engineering companies became developers and consultants, and unexpected collaborations began to take place. Across disciplines. Across communities. It was the kind of messy space in which innovation could thrive. Engineering became a finely tuned, masterly combination of art, philosophy, science, mathematics, engineering and literature, integrating disciplines of knowledge for robust invention.

And equally skilled to envision, implement and navigate people through the change, engineers found their place at the advisory table. Agile and optimistic, they were the sort of partner that government and policymakers needed – ones who anticipated solutions to problems not yet defined. Gifted in ‘soft skills’ such as communication and creative problem solving, the 21st century engineer was able to manage and make sense of the times, and then help governments build towards a better version of it.

It wasn’t an overnight movement, nor is it a finished work by any means. But if anything, the journey has been authentic. Africa has been writing her own hope narrative. A new wave of design has helped make it possible, by paving the way to more robust, customised solutions for communities and industries.

Through an empathetic, human-centred approach, design thinking has been systematically unlocking a uniquely African experience for Africans themselves. Where previously solutions were dictated from outside, now solutions are now coming from within. Perspectives on local culture, religion, spirituality and history are being validated and informing ideas that in turn are building broader, more resilient, more African, solutions. Africa is pulsing with its own unique drumbeat.

It’s the year 2021. The world is changing rapidly accelerated by a global pandemic. Both ruin and reinvention hang in the balance. Africa is a far cry from being reborn. Free trade and movement, poverty alleviation, political transparency – they’re all ‘too blue-sky thinking’ at this point in time. But a reader is asked the question: do you think some of it could be possible in your lifetime? Which version of the story – ruin or reinvention – do you lean to? The reader stops to think and answers, ____. The future is in all the blanks waiting to be filled.

This article was crafted by Dr. Gabi Wojtowitz and Salona Naidoo of Zutari (previously known as Aurecon Africa).

Aurecon’s award-winning blog, Just Imagine provides a glimpse into the future for curious readers, exploring ideas that are probable, possible and for the imagination. This post originally appeared on Aurecon’s Just Imagine blog. Get access to the latest blog posts as soon as they are published by subscribing to the blog.

ConstructAfrica re-published this article with the author’s permission. To read the original article, please click here.

Dr Gabrielle Wojtowitz is a geotechnical engineer at Zutari, an Africa-focused engineering and infrastructure advisory firm.