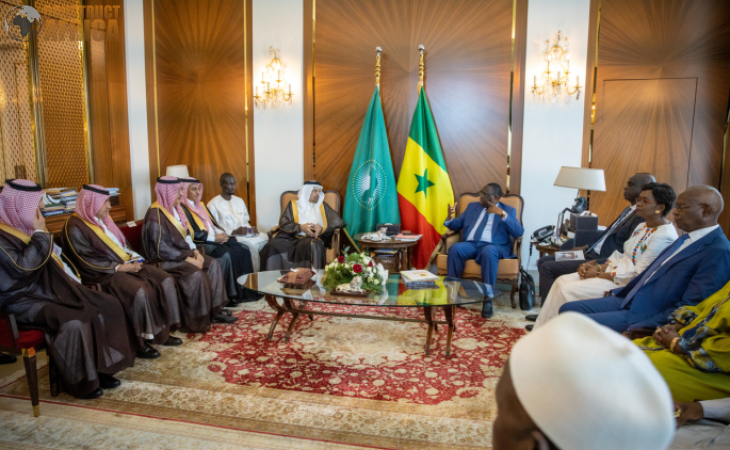 One MoU will include the development of a 300,000 cubic metres per day seawater reverse osmosis plant (SWRO) in Grande Côte, 40 kilometres northeast of the capital Dakar. ACWA Power will collaborate closely with SONES to oversee the development of the SWRO plant.

It will be the first desalination plant in the country and the largest of its kind in sub-Saharan Africa. The project will be implemented on a public-private partnership basis.

The other MoU will be a partnership between ACWA Power and SENELAC to develop a Combined Cycle Gas-Turbine (CCGT) plant in Cap des Biches. It will be designed with an initial power generation capacity of 160 megawatts.

The new natural gas power plant is in line with Senegal’s Gas-to-Power strategy, which will increase the country’s energy independence, reduce electricity costs, improve access to electricity and reduce the country’s greenhouse gas (GHG) emissions by at least 23% by 2030.

ACWA Power’s new MoU’s with SONES and SENELEC of Senegal, involve the development of a 300,000m3/d seawater reverse osmosis plant (SWRO), the largest desalination project of its kind in Sub-Saharan Africa; pic.twitter.com/Cr8uHuUFVw

“The signing of these agreements between the Saudi Group ACWA Power and the Ministry of Water and Sanitation, on behalf of Senegal, is in anticipation of rapid demographic growth and consumer demand in the Dakar-Mbour-Thies triangle, which represents over five million consumers,” said Charles Fall, Managing Director of SONES.

“We are deeply honoured to contribute towards the strengthening of ties between Saudi Arabia, our home country, and Senegal via the signing of two landmark MOUs today, and we extend our sincerest gratitude to the Senegalese leadership for their trust and confidence in ACWA Power’s abilities to realise these strategic projects for the country. In line with our mandate to provide reliable delivery of power and desalinated water, ACWA Power is leveraging its global expertise to support the nation’s sustainable and socio-economic development for years to come,” said Mohammad Abunayyan, Chairman of ACWA Power.

“The agreement we have just signed is, above all, an essential step taken in response to the demand for drinking water within the framework of the Plan Sénégal Émergent (PSE). Furthermore, this first PPP experience will have no impact on water prices. Last but not least, this partnership framework is a testimony of the strong cooperation ties between Saudi Arabia and Senegal and represents an opportunity for the local private sector by creating a Senegalese company operating under Senegalese law,” Abunayyan added.

Clive Turton, Chief Investment Officer of ACWA Power, commented on the continued experience of ACWA Power as a leading developer and operator of desalinated water and power generation facilities and commended its role in creating utilities needed for Senegal’s future capacity requirements.