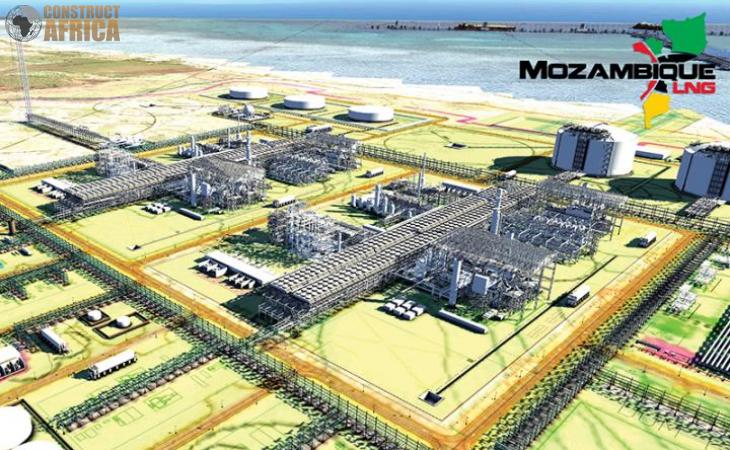 Global automation and electrification technologies provider, ABB, has been awarded a contract by CCS JV, comprising Saipem, McDermott and Chiyoda, to provide comprehensive integrated and intelligent electrical systems for the Mozambique LNG field which is expected to start production by 2024.

The Mozambique LNG project is operated by Total, and is aimed at developing gas deposits found off the country's coast. The project has an LNG capacity of approximately 13 million tonnes per annum. Feedgas for the project comes from the Golfinho/Atum field, in Offshore Area 1.

A press release issued by ABB stated that the 26-month project will culminate in a significant installed base in Mozambique for ABB and will involve collaboration across multiple ABB divisions and regions, led by ABB in Singapore. Fourteen large onshore electrical houses (e-houses) or prefabricated electrical substation buildings (PESB) – specifically designed for oil and gas applications, will be built by ABB team in Singapore and transported to the Mozambique LNG Project site, ABB further said.

ABB did not disclose the financial value of the contract award. However, at the time of the project sanction in 2019, Wood Mackenzie (stockbrokers and equity analysts) estimated that the Mozambique LNG project would cost US$20 billion to develop.

Brandon Spencer, President of ABB Energy Industries said, “Winning this project is a testament to ABB’s technical superiority in electrification technologies, as well as our highly skilled management and engineering capabilities. We are proud to be part of Africa’s economic growth story, especially Mozambique.”

Johan de Villiers, ABB's Global Vice President, Oil and Gas commented: “We have optimized and customized our solutions to meet the specific technical and capital expenditure requirements of the customer. With ABB as the main original equipment manufacturer (OEM) for electrical systems, Mozambique LNG Project will benefit in terms of cost-efficiency, maintenance, service as well as upgrades and expansions.”

According to ABB's press release, the company has operations in over 23 countries, and is a leading supplier of automation and electrification technologies across Africa. The company says it is committed to generating in country value across the region delivering several initiatives aimed at supporting local communities and workforces, as well as those promoting collaboration, social inclusion, and the importance of education.