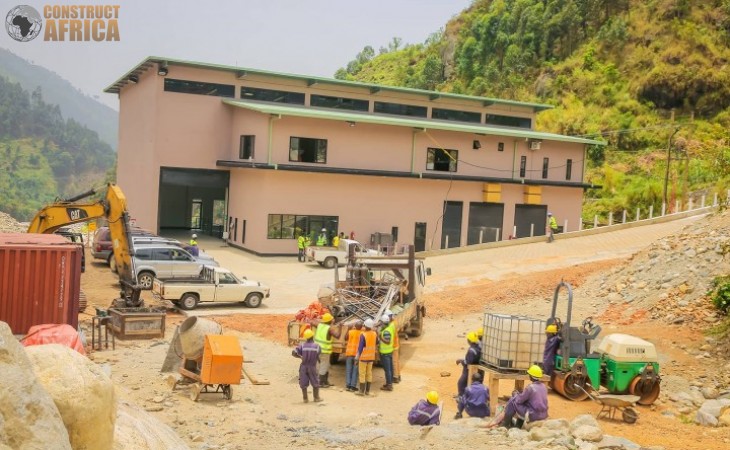 The Nyamwamba II hydropower plant was developed by Serengeti Energy, and is located on the Nyamwamba river, in Kasese, western Uganda.

The Nyamwamba II project is a run-of-the-river hydropower installation, with installed capacity of 7.8 megawatts. It includes a 5.5-kilometre transmission line delivering power to Uganda’s national grid through a 20-year Power Purchase Agreement with the Uganda Electricity Transmission Company Limited (UETCL).

The project is upstream of the 9.2 megawatts Nyamwamba I Hydroelectric Power Station, which is also owned and operated by Serengeti Energy Limited.

Construction works on Nyamwamba II started in 2019. According to Serengeti Energy the construction site "faced with several challenges brought about by the COVID-19 pandemic. The project development and construction teams and their advisors were up to the task and surmounted the challenges to complete the project."

SAEMS Hydro Ltd, Uganda, handled the project’s design, construction, and installation, while Andritz Hydro of Germany was the electromechanical supplier. Zutari is the Owner's engineer on the project.

The hydropower plant was commissioned in March 2022.

Electricity generated from the Nyamwamba II hydropower plant is fed into Uganda’s national grid from the Nkenda substation, which plays a crucial role in supplying various industrial load centres in western Uganda and is also planned to be a hub for future electricity exports to neighbouring Democratic Republic of Congo (DRC).

The Nyamwamba II project is estimated to have cost US$22 million. Funding for the project was supported through facilities provided by the Regional Liquidity Support Facility (RLSF), an initiative of the German Development Agency (KfW) and the African Trade Insurance Agency (ATI), designed to mitigate short-term liquidity risks for projects developed by independent power producers (IPPs) in Africa.

In May this year (2022) Serengeti Energy received a US$10.6 million from the Emerging Africa Infrastructure Fund (EAIF), for the project. The EAIF loan, which to be repaid over 17 years, has enabled Serengeti to retire the construction loans on the Nyamwamba II project, leaving EAIF as the sole lender to the project.

“EAIF’s loan allows us to unlock and redeploy our construction equity capital in the funding of other greenfield renewable energy plants in Sub-Saharan Africa. We would like to appreciate EAIF in supporting this project and, as such, our mandate to develop, construct and operate small to medium-sized renewable energy projects that build capacity, improve reliability, and contribute to Africa’s sustainable economic development,” said Wilfred van den Bos, Serengeti Energy’s Development Director.

“PIDG and EAIF are delighted to support yet another renewable energy project in Uganda. Nyamwamba ll will deliver green energy that will stimulate economic activity in a rural region, unlock suppressed demand for power, reduce transmission losses and improve the stability of Uganda’s electricity grid,” said Sumit Kanodia, Investment Director at EAIF’s managers, Ninety One, a private equity investor.

The renewable energy plant is also expected to 18,000 tonnes of CO2 equivalent per year. The project created 205 jobs during the construction phase and employed 25 people after going into operation.

The power generated from the Nyamwamba II hydropower plant is reported to be enough to supply up to 161,000 Ugandan households. It will also help power up various regional industries such as manufacturing, agriculture, homes, and public services.