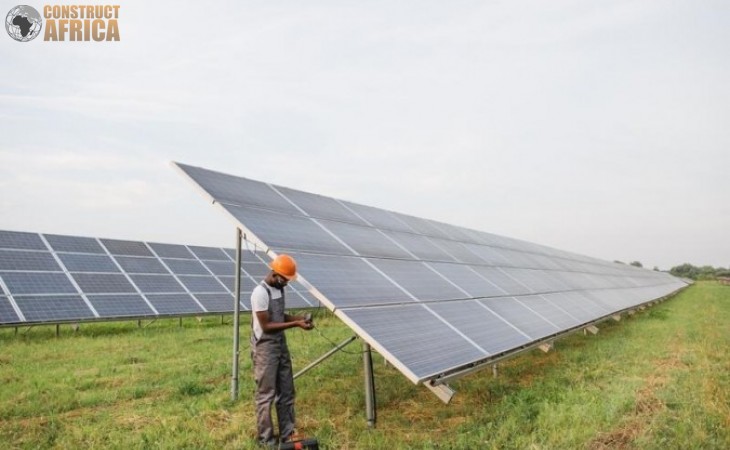 The Cuamba solar power plant will also include the country’s first grid-scale battery storage system. The storage system will regulate the rate of delivery of the energy into the national grid and thereby stabilize the network.

According to a post on the Globeleq website, the project is the first IPP in Mozambique to integrate a utility scale energy storage system and includes an upgrade to the existing Cuamba substation.

The project will require approximately 100 workers during construction, many of whom will be hired from the local community.

When operational, the plant will be able to provide power to over 21,800 consumers and reduce CO2 emissions by 172,000 tonnes.

TSK Group, a Spanish engineering and construction conglomerate was awarded the engineering, procurement, and construction (EPC) contract for the project in May 2021. E22, a subsidiary of the Spanish Gransolar Group, will supply the battery energy storage system.

Construction of the Cuamba solar power plant commenced in June 2021, with a groundbreaking ceremony by Mozambique's Minister of Mineral Resources and Energy, Dr Ernesto Max Tonela. During the groundbreaking, Dr Tonela said that the project will contribute to the Government’s “Energy For All” strategy, which aims to provide universal energy access in Mozambique by 2030.

Very exciting to see the development of a @Globeleq and @PIDGorg solar and storage power project in Mozambique. The Cuamba Solar project will provide clean energy to 18,000 households when it's complete.

Around US$19 million finance has been raised for the project from the Emerging Africa Infrastructure Fund (EAIF) of the Private Infrastructure Development Group (PIDG). The Viability Gap Funding (VGF), PIDG’s grant mechanism, will provide US$7 million to help provide for a power purchase tariff.

The 2MW / 7MWh battery storage system will be supported by a US$1 million fund by CDC Plus, the technical assistance arm of UK investor CDC Group.

The Cuamba solar plant is expected to begin contributing to the national grid by the second half of 2022.

“This project is a trailblazer for future utility-scale energy storage in Mozambique and the region. Cuamba Solar, along with all the energy projects we are working on, cements our ongoing commitment to contribute to the long-term energy security and development of the country on a low carbon pathway,” said Jonathan Hoffman, Globeleq’s Chief Development Officer.

Chris Chijiutomi, Head of Infrastructure Equity, CDC Group said: “Providing access to power is an essential part of driving economic development across Africa. We acquired Globeleq in 2015 with 1,200MW of operational power plants. Today, Globeleq has more than 1,400 MW operational power plants in 28 locations across six countries, with a further 305 MW in construction and more than 500 MW due to reach financial close in 2021, of which Cuamba is a part.

We are delighted to be supporting Mozambique’s demand for new renewable energy supply across the country; 7 in 10 people in Mozambique today do not have access to electricity and 53% of firms report electrical outages. Robust storage technologies are fundamental for the transition to clean energy. CDC will continue to devote our capital and technical expertise to innovative uses in the power sector, focused on the path to sustainable energy systems for inclusive growth in our Africa markets.”