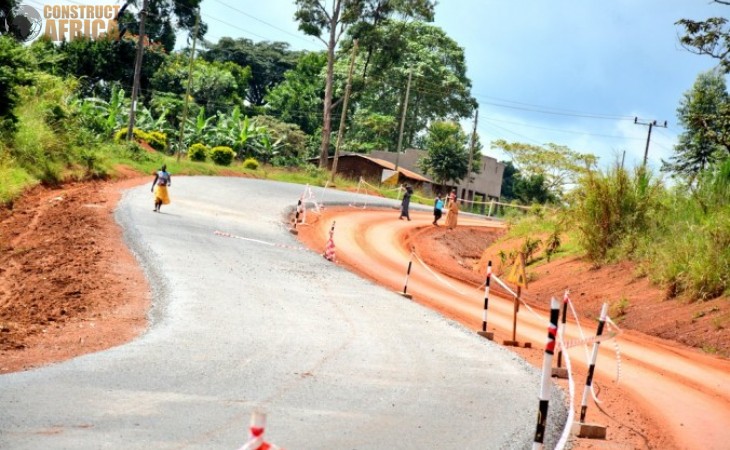 China Railway No 5 Construction Company (CR5) has completed work on the Kigumba-Masindi-Hoima-Kabwoya road in western Uganda.

The completed Kigumba-Masindi-Hoima-Kabwoya road was commissioned by Ugandan President Yoweri Museveni in January 2022.

The 135 kilometres stretch of road connects the towns of Kigumba in Kiryandongo District, Masindi in Masindi District, Hoima in Hoima District and Kabwoya, in Kikuube District.

The scope of construction works involved upgrading the road from a gravel road to a Class II paved bitumen standard road, with a carriageway width of 6 metres and, 3 metres shoulders and an overall road reserve of 30 metres.

The road construction works was divided into two sections: the Kigumba–Bulima section 69 kilometres, and the Bulima–Kabwoya section 66 kilometres.

The Uganda National Roads Authority (UNRA) was the implementing agency for the project.

German consulting firm Gauf Engineering in association with Uganda-based Gauf Consultants were the Engineering and Supervision consultant for the 69 kilometre Kigumba–Bulima road section.

Construction works on the 66 kilometre Bulima–Kabwoya road section commenced in December 2015 and was scheduled to be completed in May 2018. A status report posted by UNRA in March 2021 recorded that the 66 kilometre Bulima–Kabwoya road section had attained substantial completion and the Consultant was compiling the snag list before issuing the Take-Over certificate.

In a statement, President Museveni challenged national and local leaders to mobilize Ugandans to use the road as a means to improve household incomes. He thanked the African Development Bank and commended it as a reliable partner in Uganda’s development efforts.

Ngafuan lauded the Uganda National Roads Authority and the contractors for execution of the project. He also called for the government to support maintenance of the newly commissioned road.

The road upgrade is expected to reduce travel time to the North of Uganda by 50%. The road will provide a strategic link between the Northern Corridor (specifically the transport corridor connecting south western Uganda, Rwanda and Burundi and eastern DRC) and the Kampala-Gulu-Juba corridor. It will also offer enormous distance and journey time savings for traffic to Fort Portal, southwestern Uganda and eastern Democratic Republic of Congo (DRC) and in areas north of Kigumba (Gulu, Sudan and northeastern DRC).

Trade between Uganda and DRC is expected to rise by 30%, transport cost is anticipated to fall by over 40% and travel times reduced by 60% as a result of the completed Kigumba-Masindi-Hoima-Kabwoya road upgrade.

Nearly 1375 jobs were created during the construction of the road, with nearly 12% of the jobs going to women.

The completed road upgrade will improve access to markets, social and health services and employment possibilities for over one million people residing in the catchment area of the upgraded road, in the districts of Hoima, Masindi and Kiryandongo. The completed road will also improve connectivity for tourists visiting the Queen Elizabeth National Park as well as for the oil extraction industry in the Albert Graben region.