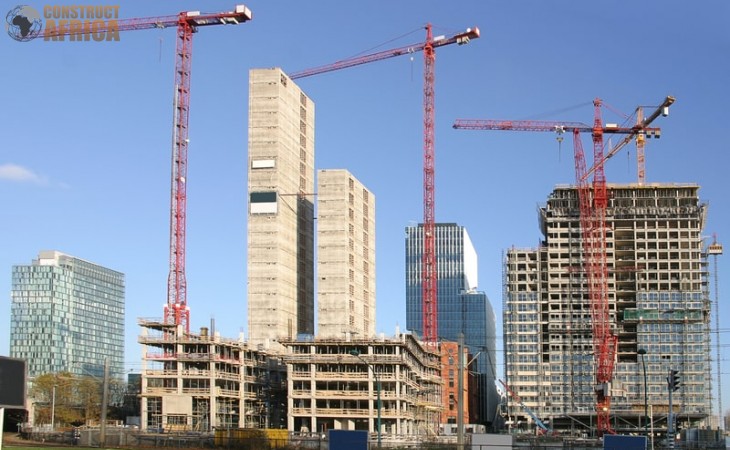 When a business decides to fund an idea for establishing or expanding an industrial project, such as manufacturing units, construction, or other infrastructures, Project Finance is the most commonly applied solution.

Because of the capital-intensive nature of such projects, most startups find it nearly impossible to fund projects entirely on their own.

This is where Project Finance in countries in Africa, and other countries around the world, comes in - providing long-term debt finance in the form of a restricted or non-recourse financial package arranged against the project's forecasted cash flow, with only the project assets held as collateral.

The process of obtaining Project Finance typically requires the formation of a ‘Special Purpose Vehicle' (SPV) by the investor. SPVs are economic entities that are set up to design, build, and manage the financials of a specific project, thereby assuring lenders of its sound financial health. It is a tried-and-tested method of funding large, risky, and complex industrial projects.

Now the question is: Is this the right investment opportunity for you? If you are handling an infrastructure project, how can Project Finance in Africa help you?

In this blog post, we will look at some of the reasons why Project Finance may provide the pathway towards successful project completion. Read on ...

Funding Industrial Projects with Project Finance enables investors to distribute project risks among SPV stakeholders who are financially capable of absorbing the risks. Furthermore, because the equity commitment is less than the estimated project budget, a significant portion of the risk is transferred to the creditor.

Project financing enables the debt to be disbursed off the balance sheet. The cash flow generated by the project earnings is used solely to repay capital and interest. As a result, if the borrower defaults on repayment, the lender can only claim the assets of the responsible SPV and nothing else, even if they fall short in value versus the amount owed.

Once Project Finance is obtained, the borrower can reap the benefits of preferential tax treatment. This is the reason why it is the most popular option for funding long-term projects.

Impact of Sponsor Credit on a Project

This financing structure not only optimizes project leverage, but also ensures that the sponsor's creditworthiness has no negative impact on the project.

The 3 Stages of Industrial and Infrastructural Project Financing

This stage involves creating a project plan based on business needs and market trends, followed by a thorough examination of the risks involved and determining whether the project is technically, politically, economically, and environmentally viable.

At this stage, the sponsor, who is acting as an SPV, obtains equity and loans from financial institutions and comes to a mutually documented agreement on payment terms and loan amount, which is then injected into the SPV to fund the project. The payment is made with a combination of debt and equity, with a typical debt-to-equity ratio of 70:30 (may vary from case to case). After the project's financing is completed, it moves on to the financial close stage.

Once the project has been fully funded, the project cycle and its milestones are closely monitored and pushed to completion ahead of the established deadline. After the project is completed, the loans are repaid with project earnings.

What does the future of Industrial Project Finance in Africa look like?

So far, there have seen many successful completions in African countries of infrastructure projects such as roadways, airports, power plants, and mines through Project Finance. With ample support from African governments, the implementation of large-scale projects, particularly those related to urban development, is expected to increase by approximately 65% in the years leading up to 2030.

Offshore lending is also being liberalized to provide more financial options to African banks. A sharp increase in demand for Project Financing can thus be predicted, pointing to an economic boom.

Looking ahead, project finance activity is expected to focus on additional renewables projects (subject to policy planning), power/energy projects procured on a similar basis, including both coal and liquefied natural gas (LNG), as well as water projects, as creditworthy off-takers increasingly look to private sector solutions for services traditionally provided by the public sector.

Another potential focus of the project finance market is investment in gas-fired power, off-grid power, oil and gas infrastructure (such as pipelines and refineries), and transportation infrastructure projects (such as toll roads and ports).

The project finance sector in Africa is not governed by a single broad regulatory framework. The regulatory approvals and processes required for each project are determined by the sector and type of infrastructure being purchased or financed.

For example, in South Africa a framework has been established under section 34 of the Electricity Regulation Act 2006 (ERA), which requires the Minister of Energy to specify the following details when procuring new generation capacity from renewable energy sources.

Looking further at the policy framework in South Africa, Treasury Regulation 16, issued under the Public Finance Management Act 1999 (PFMA), is the central legislation governing Public Private Partnerships (PPPs) for national and provincial governments. In general, if the project is procured or implemented by a government department or entity, the PFMA applies to the project's expenditure and the security to be provided by the government (among other aspects). If the project is being developed privately, the approvals required will be determined by the relevant sector. The Mineral and Petroleum Resources Development Act 2002 (MPRDA), for example, will apply if the project involves the extraction or production of mineral products. If the project involves the storage, transportation, and distribution of gas or other refined products, the Gas Act will apply.

Looking Ahead: The New Frontier of African Infrastructure

African infrastructure is growing stronger each year. But it only remains strong with the right support from the right investors.

By: Khabakha
Need guidance on financing container and passenger ships on river miles including the wharves and cargo crsnes
Sun, 12/25/2022 - 14:30
Picture

By: Adeyemi Odebunmi
Hello, We seek funding in the areas energy for a waste tyre, plastic and rubber recycling and refinery plant. Land, licenses and permits are ready and project Is shovel ready. Can we raise
Tue, 01/24/2023 - 15:45