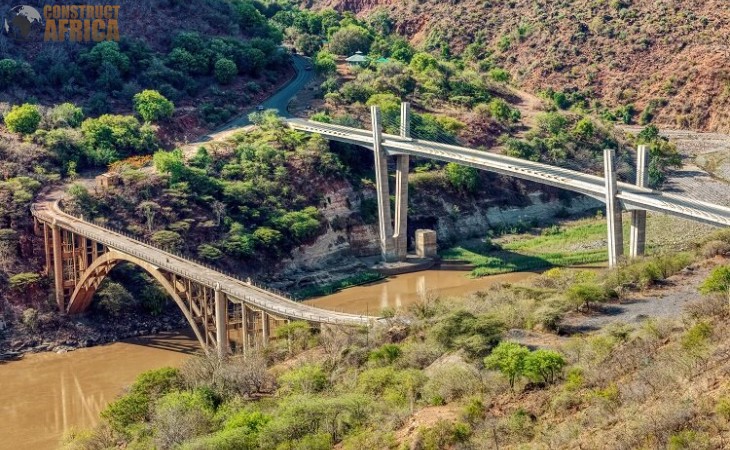 9 Major Infrastructure Construction Projects in Africa that are changing industry

Africa is the second-largest and fastest-growing continent on the planet. While it is rich in natural resources, it has some of the poorest countries as well. Even so, there are major infrastructure projects being constructed across Africa that are changing industry as we know it.

These projects are expected to improve businesses and make life easier for everyday people who might otherwise have to go hours on end without electricity or water. The goal is to increase economic growth by unlocking natural resources and creating jobs for locals.

Without further ado, here are some major infrastructure projects that are changing Africa and the ways in which the projects are impacting the continent:

1. Nairobi Expressway
The Nairobi expressway is the first major road project to be undertaken under a Public Private Partnership (PPP) Framework in Kenya. The road will connect Jomo Kenyatta International Airport in the east of Kenya's capital city of Nairobi to the Nairobi-Nakuru highway in the west. The project involves expansion of an existing road to four-lanes one-way, (8 lanes total), with foot paths, drainage channels, overpass bridges and street lighting. On completion, the 27 km partially elevated road section will ease traffic flows in and out of the centre of East Africa's main commercial hub and form a key component of the Northern Corridor which provides passage for 85% of cargo destined for the neighboring landlocked countries.

2. Second Niger Bridge Project, Nigeria
The 2nd Niger bridge is being constructed across the River Niger in Nigeria and will connect the cities of Asaba in Delta state to Onitsha in Anambra state. The project comprises of a 1.6km long reinforced concrete river crossing with a maximum span of 150m, and includes ancillary infrastructure feeding into the bridge such as a motorway interchange, a toll station, and a 10km highway. On completion, the 2nd Niger bridge will minimize traffic congestion on the existing Niger bridge which was built in 1965 and which is part of the Trans-African Highway spanning from Lagos to Mombasa in Kenya and is the main east-west connection within Nigeria.

3. The Marine Drive Project in Ghana
A government initiative, the Marine Drive Project aims to improve some sections of the Accra coastline, turning them into an art tourism and hospitality district. It will be home to many tourist resorts that have shopping malls, hotels, casinos, conference centres, and office complexes. There will also be water theme parks, a beach soccer pitch, and a playground.

This project will cover more than 240 acres of land that stretch from the Christianborg Castle to Baiden Powell.

4. Walvis Bay Container Terminal in Namibia
The Southwest Coast of Africa has been playing a critical role in the trade and shipping industry since the late 15th century, which continues to this day. With military bases, vast container facilities, and proprietary rights over ports from Sri Lanka, Greece, and Antwerp, it is not surprising that many countries are interested in this area of Africa.

In Windhoek, Namibia this newly reclaimed container terminal was opened in August 2019. It increased the handling capacity of the Port of Walvis Bay from 350,000 TEUs to 750,000 TEUs a year. It has also reduced vessel waiting time to less than 8 hours and cut container transit time from 14.5 days to 9.5 days.

The project also provides capacity for handling future demand from both coastal and landlocked countries to the east and north-east of Namibia.

Once completed, it will connect about 55 North African towns and cities, over 60 million people, 22 international airports in addition to numerous ports and other industrial areas. The Trans-Maghreb Highway is very strategic, not only in the creation and facilitation of a trading block for North Africa, but also for linking the Maghreb with the rest of the African continent, and also for linking the continent to Europe via Morocco and Asia via Egypt. This project has been compared to the Tran-Siberian Railway because it will bind regional economies in various ways.

6. Ghana Burkina Faso Railway Interconnectivity Project
The Burkina Faso-Ghana rail interconnection project will stretch from Mpakadaan in Ghana through Hohoe and Yendi to the capital of Burkina Faso, Ouagadougou. The project is planned to commence in mid-2022, and will extend over nearly 1,100 km.

The railway will also connect to the regional capital cities of Ho, Dambai and Nalerigu in Ghana, whilst in Burkina Faso, the railway alignment would go through major towns like Po, Zabre, Tenkodogo, and Manga.

On completion, the rail line will create an important connection between the port of Tema in Ghana and Burkina Faso's capital city of Ouagadougou, and boost trade between the two countries.

According to the project's architect, this tower can withstand strong winds, flooring, and other seismic activities. To make it even sturdier, a tuned mass damper system is set to be installed in the top-most storeys of the tower.

The structure will comply with the highest international quality standards with about 3,350 square meters of solar panels and an internal energy recovery system for warming water. Wastewater recycling and rainwater recovery systems are also added to the tower's design.

This 900-feet twin tower costs around $200 million. It is managed and spearheaded by White Lotus Conglomerate and Hass Petroleum, an East African petroleum products distributor. It is currently being constructed in Nairobi, Kenya.

9. The Transaqua Project in North Africa
Transaqua is a massive water infrastructure project that was first proposed in the 1970s. Recently, the project has been under discussion again, with politicians claiming it can reshape regional politics in the continent.

This $50 billion project aims to construct a 2,400km canal that will divert water from the Congo River Basin to Lake Chad, replenishing the now-shallow body of water. Upon completion, Transaqua will generate a new water source for countries in the northern part of the continent, including Egypt, Chad, and Libya. It will also provide irrigation for the crops.

Wrapping Up
Africa has undergone major changes in the past 50 years as a result of its economic growth. And these major infrastructure projects in Africa that are mentioned above are changing industry in more ways than we can imagine.

We are excited to share more about these projects in our future posts, but for now, we wanted you to know the magnitude of what’s happening on this side of the world. If you want to get updates as they happen or learn more about how your company can contribute, please contact us today!

For the latest updates and news on Africa’s construction industry, check out ConstructAfrica. Explore our website to learn more.