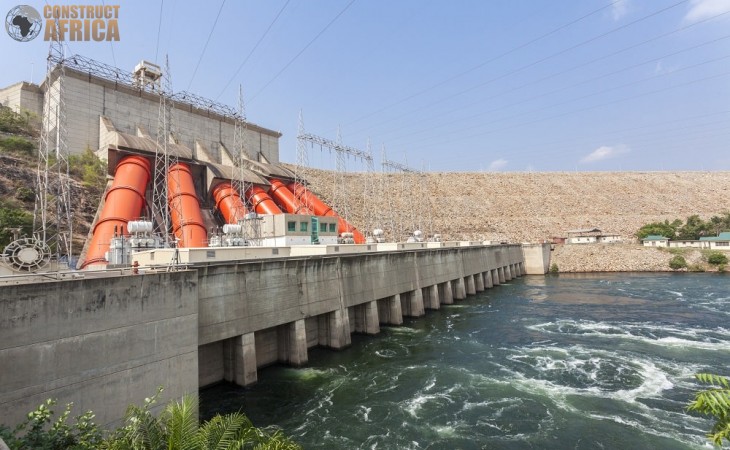 How Power Generation in Africa Works

Access to electricity or energy is vital for our day-to-day living, and for powering the industries that drive economic growth in countries. However, according to the United States Agency for International Development, two in three people in sub-Saharan Africa have minimal to no access to electricity.

9 Major Infrastructure Construction Projects in Africa that are changing industry

Is Construction the Best Driver of the Economy in Africa?

With the issues concerning power generation in Africa, how could the individuals and families enjoy lighting, heating, and cooling? and how can industries operate sustainably?

The Earth provides us with various resources that we can get power from for our needs. Along with the latest man-made inventions, we also now have different sources of electricity and energy. In this article, let us understand how power generation in Africa works for those who have access to it.

Thermal power stations convert heat energy into electricity, which supplies power to households and commercial establishments. In the energy generation process, thermal powerplants use burning fuels to boil water and create steam. Then, the steam passes through a turbine, causing it to spin. The turbine, which is connected to a generator, ultimately produces electricity.

At present, thermal stations are one of the largest sources of energy in Africa. The majority of them are coal plants and oil-fired generators.

As of 2021, about 34 coal-fired power plants in Africa supply one-third of the entire continent’s electricity. Data shows that the production of coal in South Africa alone reaches more than 250 million tons on a yearly basis.

With that, we can see why coal plants supply a lot of Africa’s electricity needs.  These coal-fired power plants produce an approximate power of 53 gigawatts, and Southern Africa houses 19 of these thermal stations.

The power generation process for coal-fired plants starts from burning coals in a boiler to release steam. After which, the steam generated from the boiler flows into a turbine by tremendous pressure, causing it to spin. The generator then converts the mechanical power into electrical power.

When the steam cools, it condenses back into water, and then it goes back to the boiler. The cycle then continues.

But what seems to be the problem with coal-fired power plants?

While coal plants are one of the most reliable sources of energy in Southern Africa, environmentalists believe that investing in coal-fired power plants is a wrong choice.

While countries in Southern Africa mainly depends on coal for their power, households and establishments up in the Northern parts generate power from natural gas and oil.

In 2016, 22.6% of Africa's total primary energy supply came from oil, while 14.1% were from natural gas. On the other hand, 36.9% of the total installed capacity of powerplants across the continent during the same year were natural gas, while 15.5% were oil.

The process of power generation for oil-fired plants works the same way as coal plants, but instead of coal, it burns oil to produce electricity.

For conventional steam, burning oil is used to heat water to create power-generating steam. Then, the combined-cycle technology starts with combusting the oil in a combustion turbine. The heated exhaust gases generate electricity. After this process, the recovered exhaust gases heat water in a boiler, which then creates steam that drives a second turbine.

Similar to coal plants, oil-fired generators also contribute to air pollution in the form of nitrogen oxides. Other harmful chemicals emitted by the smoke from an oil-burning power plant include carbon dioxide, methane, sulphur dioxide, and even heavy metals like mercury. And as we all know; polluted air can affect the health of the people in the area.

Other than that, oil-fired power generating plants also affect water and land use, as well as solid waste disposal. A large amount of water is required for the steam and cooling process of oil-fired power plants, which can harm aquatic habitats and deplete local water resources.

Africa may lack access to electricity, but the continent is rich with resources from which energy can be generated. Such resources include solar, hydroelectric, wind, and geothermal.

In this section, let us walk through some of the different types of energy sources in Africa.

Known for its use as an alternative to firewood and its domestic heating purposes, peat can also be used as an energy source. Compared to coal, it has the least amount of carbonisation, although it is also less abundant.

Africa has up to 2,139,019 thousand metric tons of peat resources. We can find these resources in Burundi, Senegal, Rwanda, and Southern Africa. Rwanda is the only country in Africa to operate a peat fired power plant, which adds 15 MW of electricity to the country's national grid.

Nuclear power comes from uranium or plutonium. During the nuclear power generation process, nuclear reactors generate heat through nuclear fission (splitting atoms to form smaller atoms) and release energy which is used to boil water into steam. The steam produced from the boiling water turns the blades of a steam turbine, and as the turbine blades turn, they drive generators that generate electricity.

South Africa is the only country in Africa that has a nuclear power plant. Other countries such as Kenya, Namibia and Nigeria have expressed interest in using nuclear power for their electricity.

Renewable energy is derived from energy resources which are theoretically inexhaustible, and are not derived from fossil or nuclear fuel. Renewal energy sources include solar, wind, geothermal, biomass, hydro and tidal. Energy generation from these sources typically produce no greenhouse gases and other polluting emissions. However, the cost of developing renewable energy technologies is high, although its adoption can lead to economies of scale especially in geographical locations like Africa where renewable resources are abundant.

Several types of bioenergy include biomass, biofuels, biogas, and waste and biomass residues. 68% of the African population relies on the traditional use of biomass—which came from wood—as their energy source. Meanwhile, the sources of biogas or methane are sewage and the decomposition of biomass.

The Southern African region holds approximately 37% of the continent’s hydro resources, while Ethiopia, Tanzania, the Democratic Republic of the Congo, and Cameroon have hydropower projects built in their countries.

Ethiopia is currently constructing the Grand Ethiopian Renaissance Dam (GERD) on the Blue Nile river, which on completion will have a 6.45 GW power generation capacity and will be the largest hydroelectric powerplant in Africa and the seventh largest in the world.

Power from geothermal energy comes from the heat contained within the Earth that steam and hot water can recover. However, only three countries in the continent have high geothermal potential. These countries are Kenya, Ethiopia, and Djibouti.

Kenya was the first African country to develop geothermal resources. As of 2019 Kenya had 690 MW of installed geothermal capacity and currently gets nearly half of its electricity from geothermal plants, more than any other country.

Wind energy is one of the most dependable sources of renewable energy globally. In fact, we can rely on a single wind machine to produce about 4 million kWh of electricity on a yearly basis.

In Africa, wind energy has been installed in Algeria, Egypt, Morocco, and South Africa. Kenya, Ghana, Senegal, and Tanzania have also initiated wind energy projects in their countries.

Electricity is generated from solar energy through the use of photovoltaic cells, which are solid-state electronic cells that produce a direct electrical current from the sun’s radiant energy. Some countries in the world use solar cells to generate electricity for houses, streets, telephones, etc.

Most places in Africa experience 4,300 hours of bright sunlight per year. Thus, the continent has the potential capacity to produce 10 terawatts (TW) or 10 trillion watts per year. According to FDI Intelligence, Africa currently has an installed solar energy capacity of just 4878.1 MW.

With the continuous development of power generation in Africa and the continent's vast potential in the advancement of its electricity production, Africa's quality of life and economic indices will gradually improve for the betterment of its citizens.

For more news, updates, and stories about construction projects in Africa, feel free to visit ConstructAfrica’s website. If you have story submissions, you can email us at hello@constructafrica.com