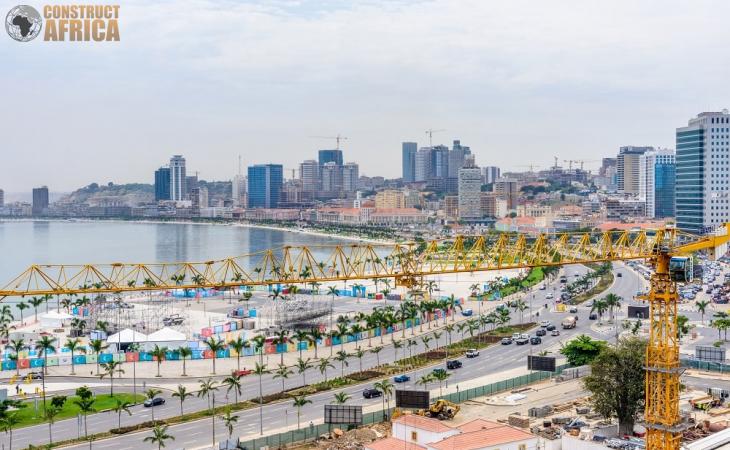 In the past, Africa has relied a lot on foreign direct investments to fuel its economies. These investments have been mostly focused on the extraction and export of the continent’s natural resources.

How Power Generation in Africa Works

But after over a century of economic instability and unpredictability, economists are now seeing positive trends in Africa’s economic growth.

There are many factors that have contributed to this steady rise, one among many is the new generation of workers who are far more educated. Calls for the betterment of the people, rather than the extraction of resources, can be heard from far and wide. And the best thing about it is that the rest of the community and governments are also pushing for the same thing.

These are just some of the things that have driven Africa to be the world’s fastest-growing continent with an economic growth of 5.6% a year. The GDP of African countries is expected to rise if conditions remain stable and if more innovations come rushing through the continent. So, what is the secret?

All the factors for economic growth that will be mentioned here did not happen overnight. It took over a century for the whole continent to get to this point. Here, you will learn more about them in detail so feel free to read through.

Gross Private Domestic Investment, or domestic investment for short, is getting more attention now more than ever. Instead of relying on foreign aid to support local economies, governments are now investing in human resources and in purchasing equipment and machinery tools for development projects. Through this, the construction sector in particular has significantly flourished.

But domestic investment did not only benefit the construction sector, it also had a positive impact on other sectors like manufacturing (more factories are being built) and real estate (property development projects are getting more and more frequent).

ODA, or official development assistance, is a type of government aid provided for the stimulation of businesses, projects, trades, and other economic players. For example, governments turned to ODA inflows to get their economy growing sometime in 2014. Now, more than half a decade later, the plan to have a steady growing economy is working.

Of course, unforeseen factors like global pandemics cannot be avoided. The economy in the entire continent has definitely taken a hit from COVID-19. But with the recent circulation of vaccines, and with the populace settling in again to the “new normal” protocols, things are starting to peak right up again.

ODA inflows would not have been effective without good government implementation. Under the supervision of competent officials, the development assistance aids were by and large used properly and wisely. ODA and good governance were two of the main reasons why domestic investments (as previously discussed) were even possible in the first place.

In a study by Anyanwu (2014), it was found that even the smallest increase in government effectiveness would lead to an increase in economic growth as well. During their 3-year investigation on the determinants of economic growth in Africa, one of the things the study concluded was that “the better the institutional quality of a country, the faster its economic growth.”

Another variable that had a positive and statistically significant effect on the economic growth in Africa is the higher quality of education that students are experiencing. Higher quality of secondary education had a great effect on the economy that workers are now more educated and thus could produce better quality work. More educated workers are also keener on getting training to hone and improve their skills – resulting in better quality and better pay.

Urbanization has a key role in the economy’s rise, too. The more residents a city has, the more consumers there are. Consequently, a higher number of consumers will lead to an increase in demand, making the cycle of domestic investment ever going.

From 1996 to 2010, it became necessary for many people to move closer to the cities where work opportunities abound. Construction in Africa was quite demanding during those times. But even until now, the demand for skilled construction workers is still high.

Perhaps the most surprising factor that affected the growth of the African economy is the price of metal. Anyanwu has observed that African countries have a high dependence on mineral exports for foreign revenues. This dependence has driven up the cost of metals. One would expect that this would be a bad thing, but it actually had a positive effect on the economy as it stimulated the transactions in sectors that use metals.

Aside from metals, the spike in oil and agricultural products had a positive effect on the economy as well. All oil-importing African countries might have taken a hit from high oil prices, but it has also neutralised all foreign oil-exporting countries as a result. As for the agricultural side, agricultural raw materials are deemed more valuable locally and internationally. Farmers have also benefitted greatly from the price increase.

We hope you learned a lot from this article about the factors that affected Africa's economic growth. It is interesting just how much the continent has grown as a whole over the last few years. For more interesting articles on the African economy and construction sectors, feel free to tune in to us. ConstructAfrica is a trusted media outlet in the construction industry and how it affects the economy.

Our in-depth blogs and articles will take you deep into what is going on in the African economy right now, particularly in relation to the construction industry in sub-Saharan Africa. Use this information to your advantage. Receive the latest media about the economy and construction news in Africa through our platform.

If you wish to read more Africa economy facts, make sure to subscribe to ConstructAfrica today.

Photo: Panorama of downtown Luanda, Angola, with buildings under construction and construction cranes in the background (Siempreverde22 | Dreamstime)