The economic scene in Nairobi, Kenya, is set to expand thanks to the new Nairobi Expressway currently under construction.

Both the Kenyan government and the citizens are excited about completing the Nairobi Expressway because it will ease traffic congestion within Nairobi city.

The Nairobi Expressway features a 27.1 kilometre road project that will run from Mlolongo in Machakos county and end in Nairobi’s Westlands area, and includes an 8.5 kilometres elevated section.

The scope of work includes a four-lane and a six-lane dual carriageway within the existing median of Mombasa Road, Uhuru Highway, and Waiyaki Way as well construction of ten interchanges and ten toll plazas.

The Nairobi Expressway passes through Kenya’s largest and main airport, the Jomo Kenyatta International Airport (JKIA) in Nairobi, which is a plus.

A fun fact is that this is the first major project in Kenya’s history to be carried out through a Public-Private Partnership (PPP) model.

Construction began in 2019 and is expected to complete in March 2022. The main contractor is China Road and Bridge Corporation (CRBC) and the contract sum is about Ksh 72.8 billion (US$668 million).

After completion of the construction works, CRBC will operate the expressway for about 27 years to recoup its investment returns. During this period it will charge and collect toll fees from vehicles using the road.

The project aims to reduce traffic congestion along Mombasa Road and cut the commute time from Mlolongo to Westlands area from 2 hours to a short 20 minutes.

Let’s look at the progress so far ... 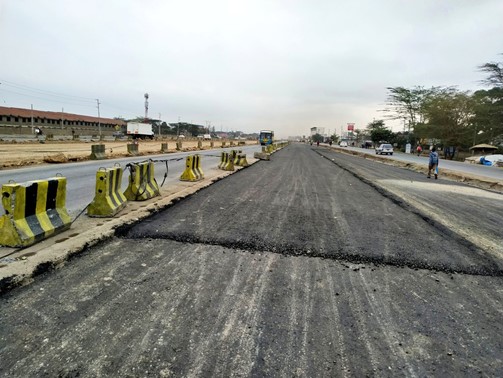 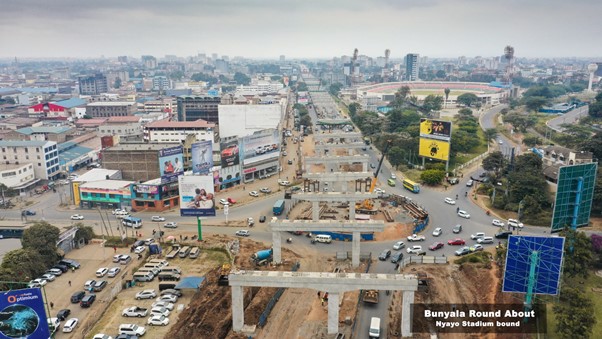 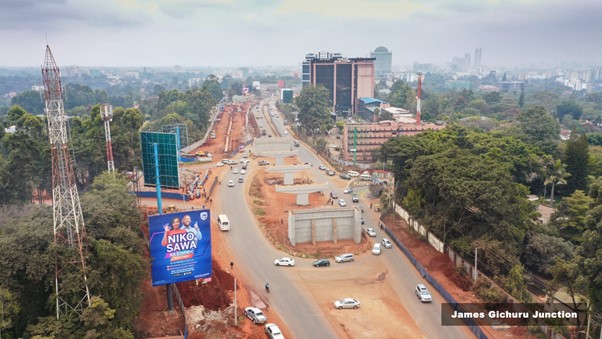 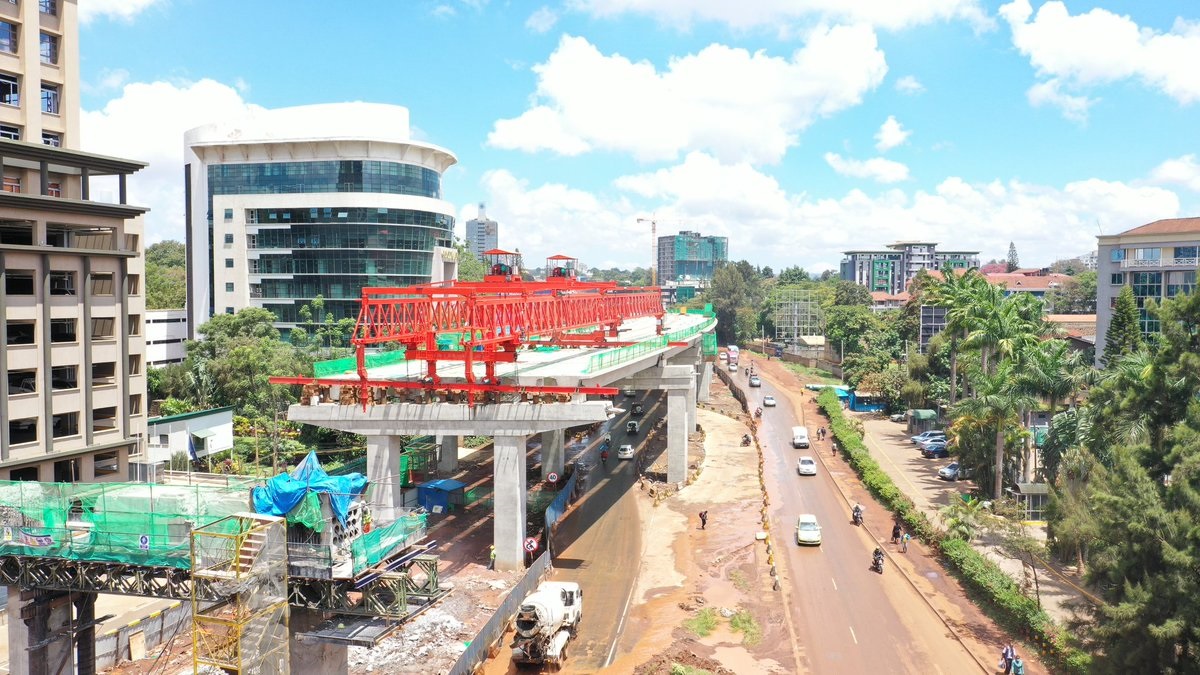 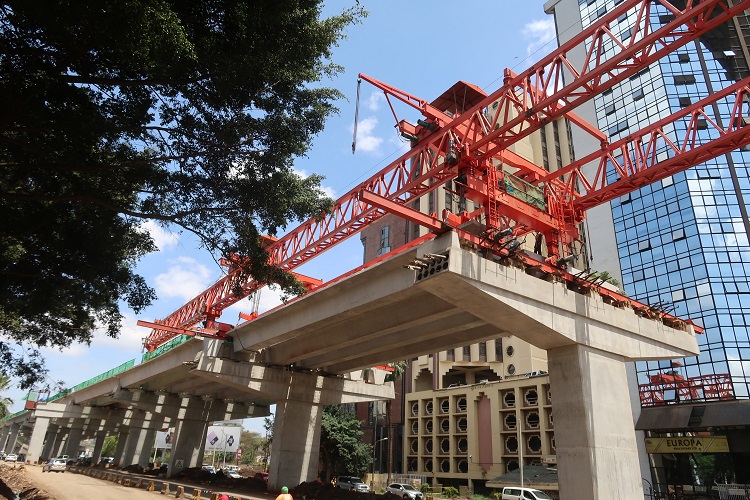 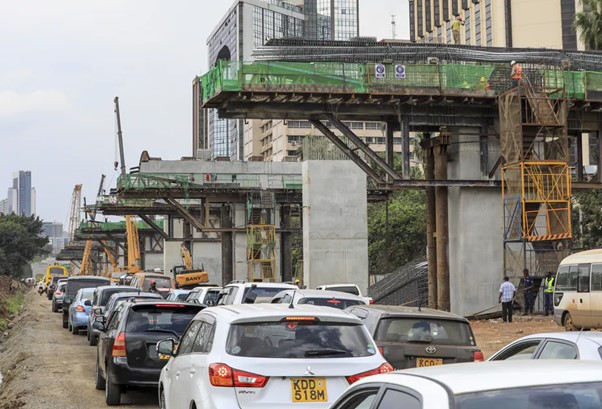 Erection of Columns and Scaffolding for Bridge Deck along Uhuru Highway, with adjacent live traffic (theconversation.com) 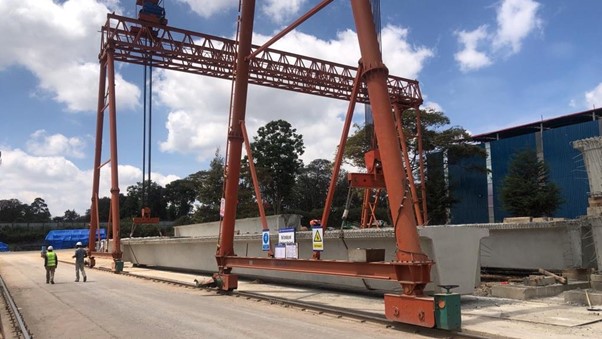 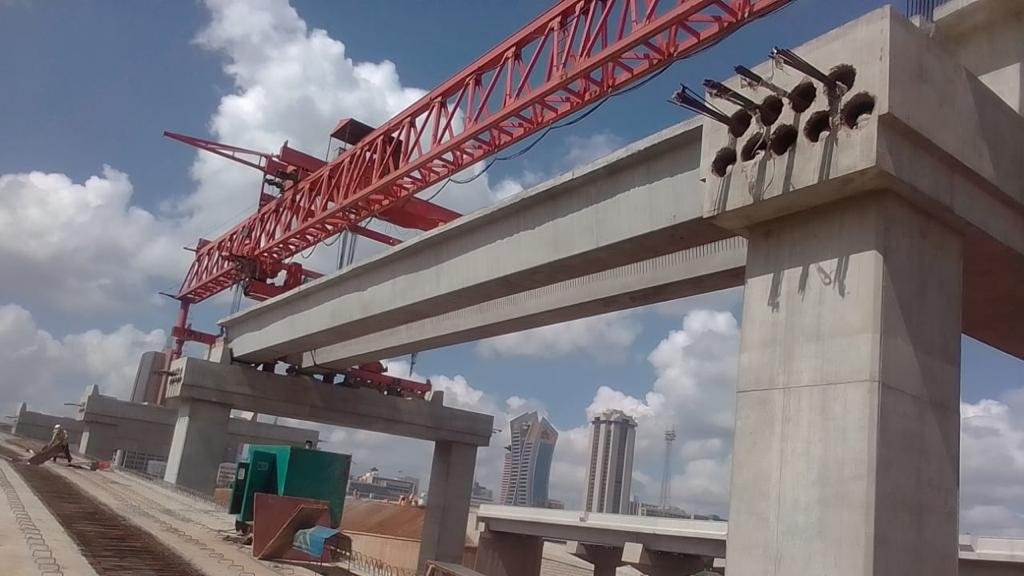 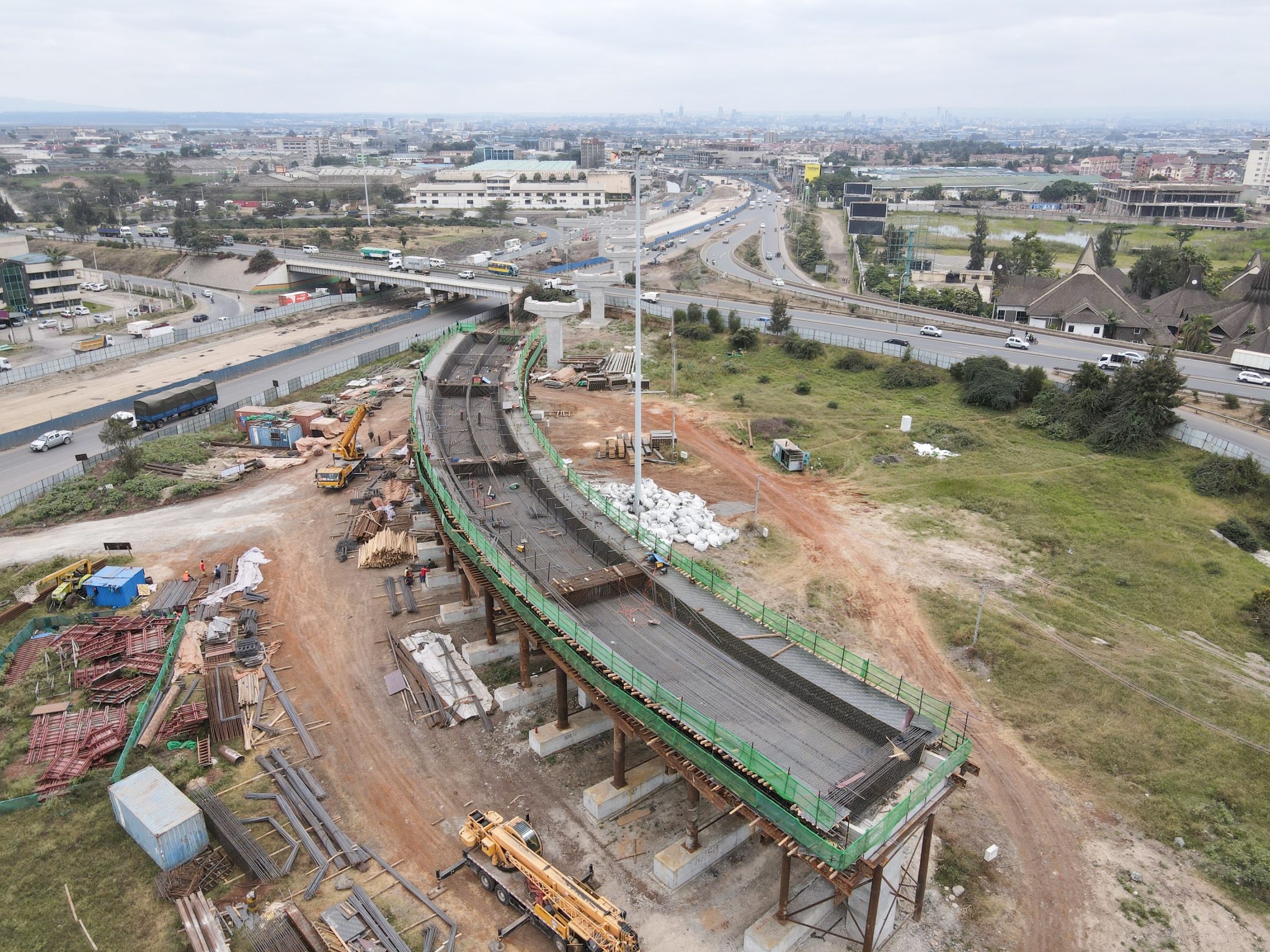 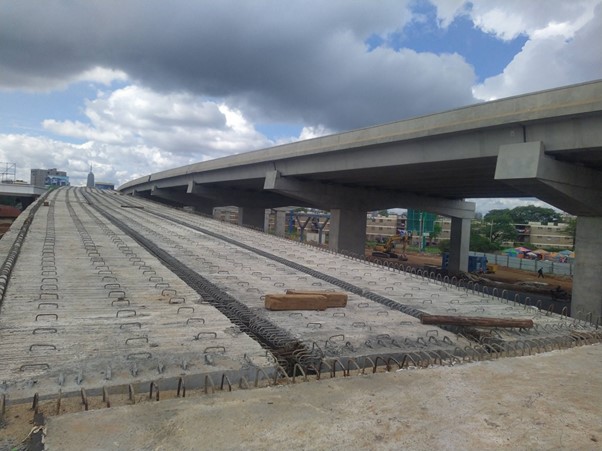 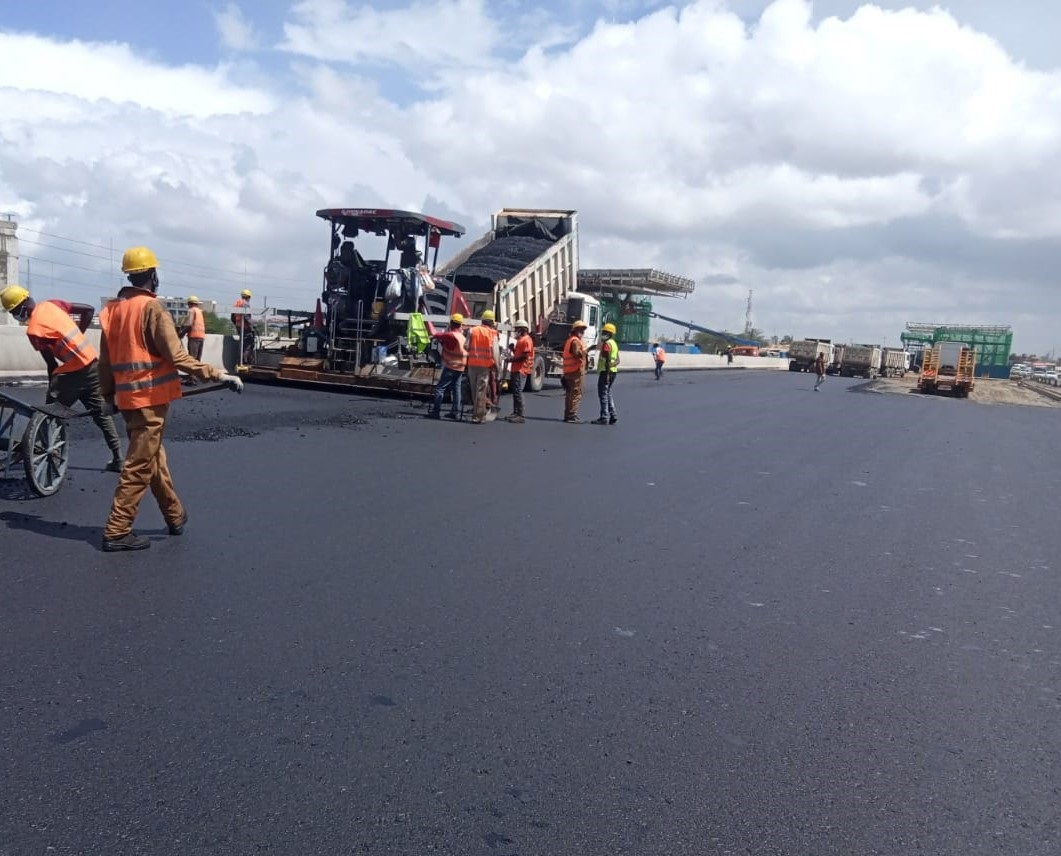 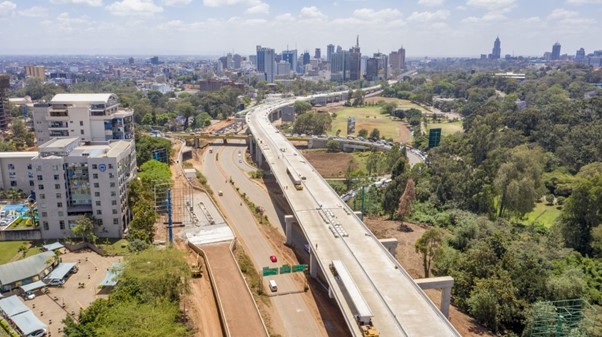 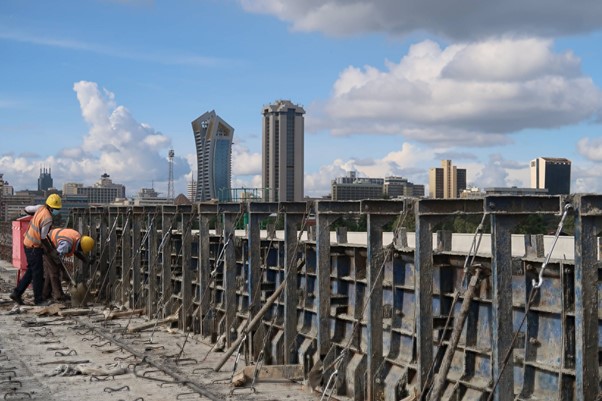 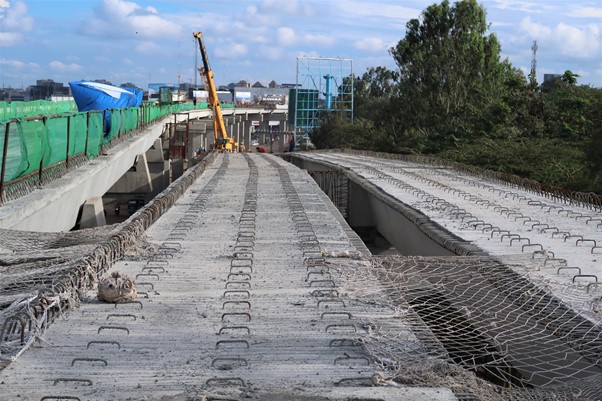 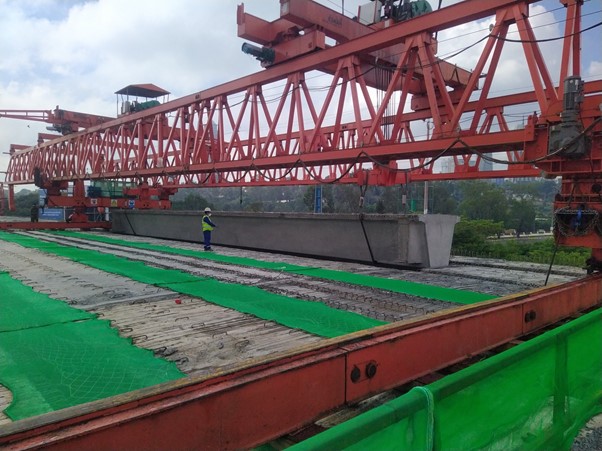 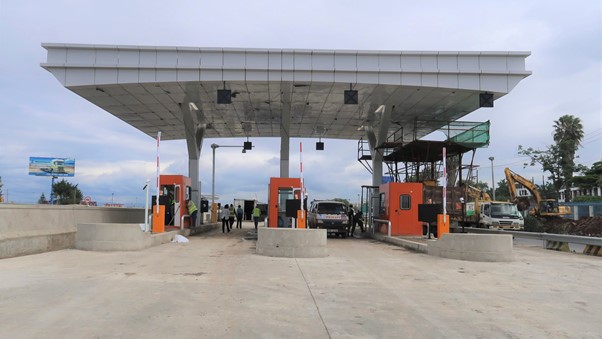 Completion of a toll station on the Expressway (@NBOExpresswayKE Twitter Handle)