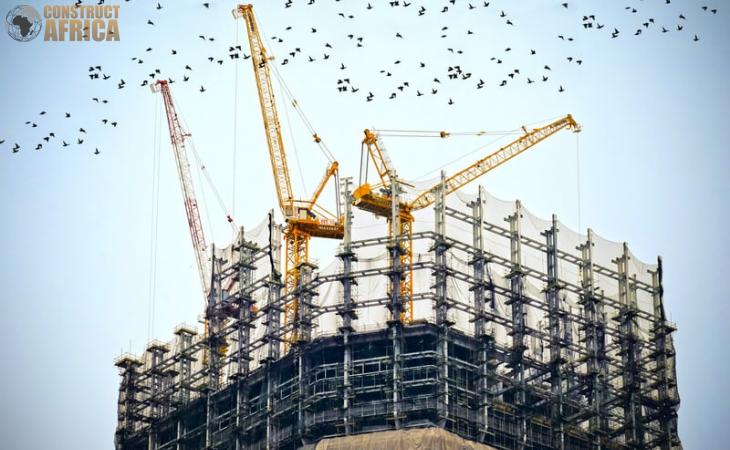 Recovery in the construction industry has started in sub-Saharan Africa in the aftermath of the COVID-19 pandemic.

Projects that were paused have resumed. New projects have moved further into the development pipeline.

As business begins to stabilise, now is the time to prepare to benefit from African construction opportunities.

Sub-Saharan Africa is open for business

GlobalData Q4 2019 projections had placed construction output growth for Sub-Saharan Africa (SSA) at 6% for 2020. As expected, this has been sharply revised downward due to the economic effects of the pandemic. The measures taken to protect economies and lives from the pandemic halted the initial upward trajectory. The restrictions on travel and quarantine were especially harsh to the economies. Workers were unable to get to work, projects halted, and global supply chains were disrupted.

This will undoubtedly lead to projects either being cancelled or pushed back.

But a 3.6% increase in the industry is still quite an impressive projection despite what has happened. This is important, especially since GlobalData has revised its global construction output for 2020 to just 0.5%, down from 3.1%. SSA is still well above the global average.

Danny Richards is a Lead Economist at GlobalData. He indicates that governments will be aiming to advance spending on infrastructure projects to reinvigorate the construction industry. Interest rates are falling to record lows globally. Therefore, borrowing costs will be at a minimum to support projects.

What does this mean for you in SSA?

It’s time to look for the construction opportunities that are now available.

African countries in support of their development visions have numerous construction projects in draft mode or in the pipeline. These projects are now being approved to go forward to stimulate the economy.

The Kenyan government, for example, has been pushing numerous infrastructure projects in support of its Vision 2030 plan. These plans are back on track following the pause caused by the pandemic.

For example, the government has opened bids for the construction of Nairobi Railway City. This is an anticipated US $258 million (Sh27.9bn) project to expand the Central Business District. Bids should be delivered before August 20, 2020.

The project is expected to be delivered over a period of 20 years in phases. The Kenya Ministry of Housing & Urban Development formed a special purpose vehicle just for the project. The Railway City Development Authority (RCDA) along with an implementation committee to spearhead the RCDA. Together, they will develop the framework for the project and identify investors.

This ambitious project is a part of the Nairobi Integrated Urban Development Plan, which forms part of the Kenya Vision 2030 Plan. It includes new railway stations for the integration of the various public modes of transportation. It will also include other commercial developments such as residential flats, cultural centre, museum.

Based on the nature of this project, it will definitely take a combination of local and international capital to make it a success.

Another project is the development of the Bus Rapid Transit (BRT) system which begins in August 2020. This project was awarded to the Fortune500 firm Stecol Corporation. It is intended to support the city’s public commuter services.

Mozambique moving ahead with LNG facility

In Mozambique, they are looking to continue preparation for the development of the Mozambique LNG facility. This first offshore LNG facility in Mozambique includes the Golfinho and Atum gas fields development to facilitate the recovery of 75 trillion cubic feet (tcf) of natural gas resources.

Tanzania will not be left behind

Tanzania’s construction projects are moving closer to the development stage. The country’s flagship Bagamoyo port project is expected to result in the largest port in East Africa. It’s a tri-government project involving Tanzania, Oman, and China.

Tanzania is also completing its Standard Gauge Railway (SGR) system which is an investment of US $14.2 billion. The SGR, when completed, will connect it to neighbouring countries Uganda and Rwanda and onward. Over 1,000 km of railway development for various sections of the line has yet to be awarded (Makutopora - Isaka; Isaka - Mwanza & Rusumo). To date, companies from Turkey and Portugal have been awarded contracts for sections of the line.

SSA countries have been taking advantage of foreign direct investment to support the growth of their economies and deliver innovative projects.

In Nigeria, the Lekki Deep Sea Port Project is close to completion. Beginning in 2008, the project was developed under a Build, Own, Operate and Transfer (BOOT) agreement with Lekki Port LFTZ Enterprise Limited. It is the largest private investment infrastructure project in Nigeria with most of the financing coming from international sources.

Getting into the African construction market

These are just a select few of the many opportunities now available or being assessed for development.

It’s also why we are preparing reports for Nigeria, Ghana, Tanzania, and Uganda. We have seen and projected the numerous opportunities for large and small construction projects in these East African nations.

However, the only way local and international investors can successfully enter these lucrative markets is to understand them.

Making strategic plans for investment in the market requires having intimate knowledge of the opportunities available and the potential for growth. This is where companies with in-depth market analysis tend to have a deeper alternative when developing expansion plans into foreign territories.

But with 54 countries in Africa, it can be difficult to know which country to start. And with such lucrative contracts across the SSA, companies need to do their research to know which markets would be most suited to their business and how to successfully enter that market.

That’s why in-depth market reports become such a handy business tool for decision-makers to weigh their construction investment options, especially in African countries full of resources and long-term growth potential.